The Calicantus Choir performs every year in institutions for the disabled.

Concerts are an opportunity for exchange and enrichment for everyone, since music is a privileged channel of contact between human beings. 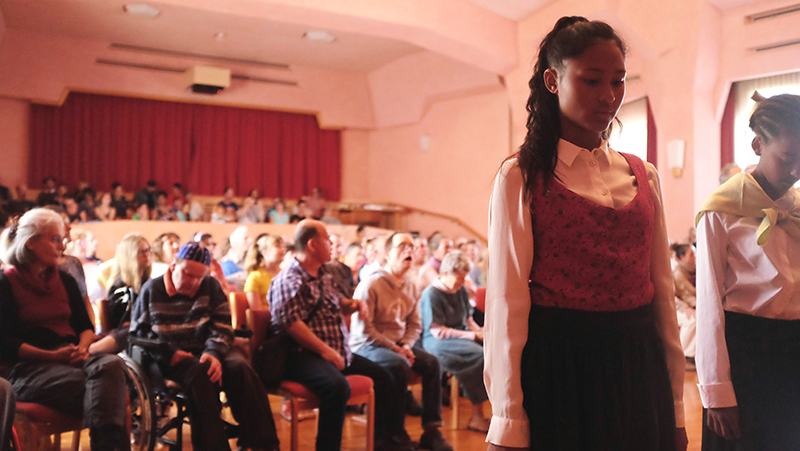 When I sing with the choir, I feel as if I were an energy that unites all of us.
It makes us all feel that we belong to a group.